There are two main types of commercial lighting on the market today: metal halide and LED. Both technologies have their pros and cons, so it's important to understand the difference before deciding on your business.

Metal halide bulbs contain metals that are evaporated into inert gas within the glass casing. These bulbs produce a very high-quality light, but they have a few drawbacks. First, they require a long warm-up period before they reach full brightness. Second, they have a relatively short lifespan compared to LEDs. Finally, they are not as energy efficient as LED lights.

LEDs, on the other hand, are solid-state semiconductor technology. They last much longer than metal halide bulbs and are more energy-efficient. However, they are also more expensive upfront. In addition, LEDs typically produce a cooler color temperature than metal halides, which some people prefer.

So, which technology is right for your business? It depends on your needs and budget. If you need a high-quality light but don't mind paying a bit more upfront, LED lights are a good option. If you're looking for a more affordable solution that will last longer and be easier to maintain, metal halide lights are a good choice. 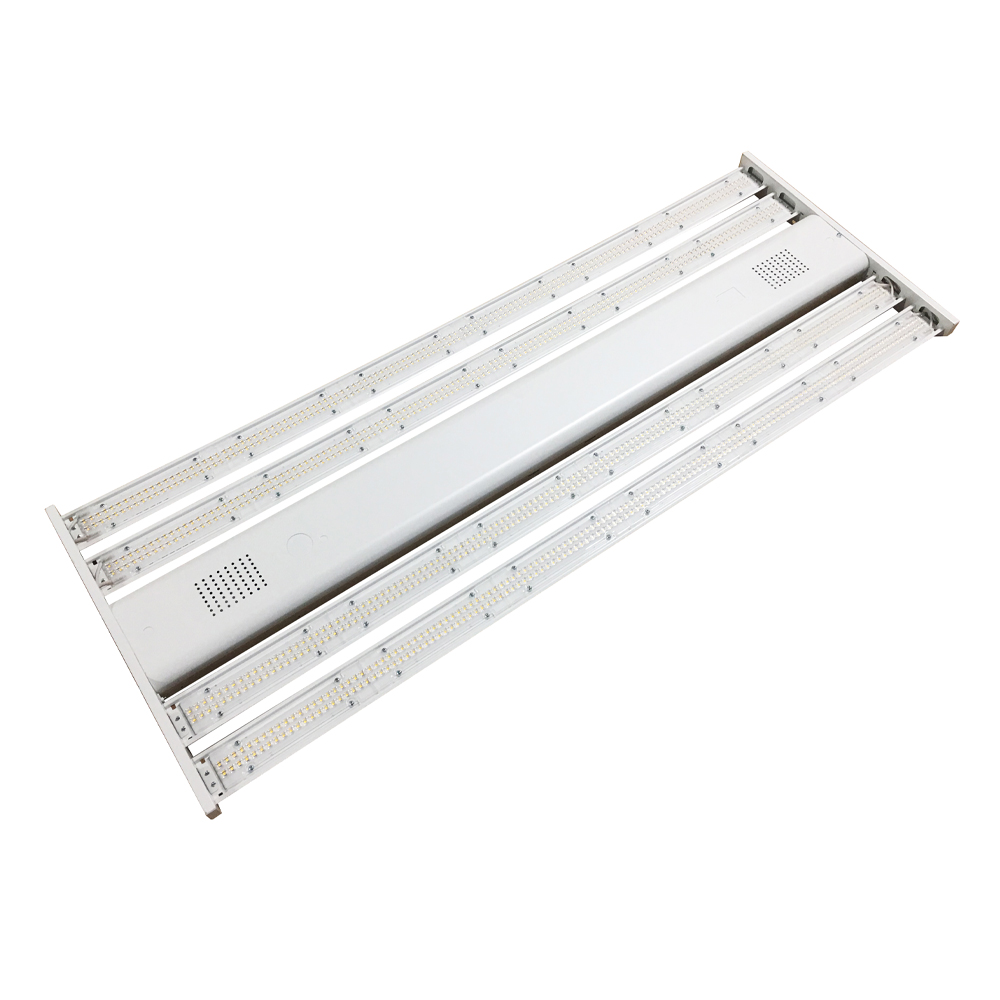 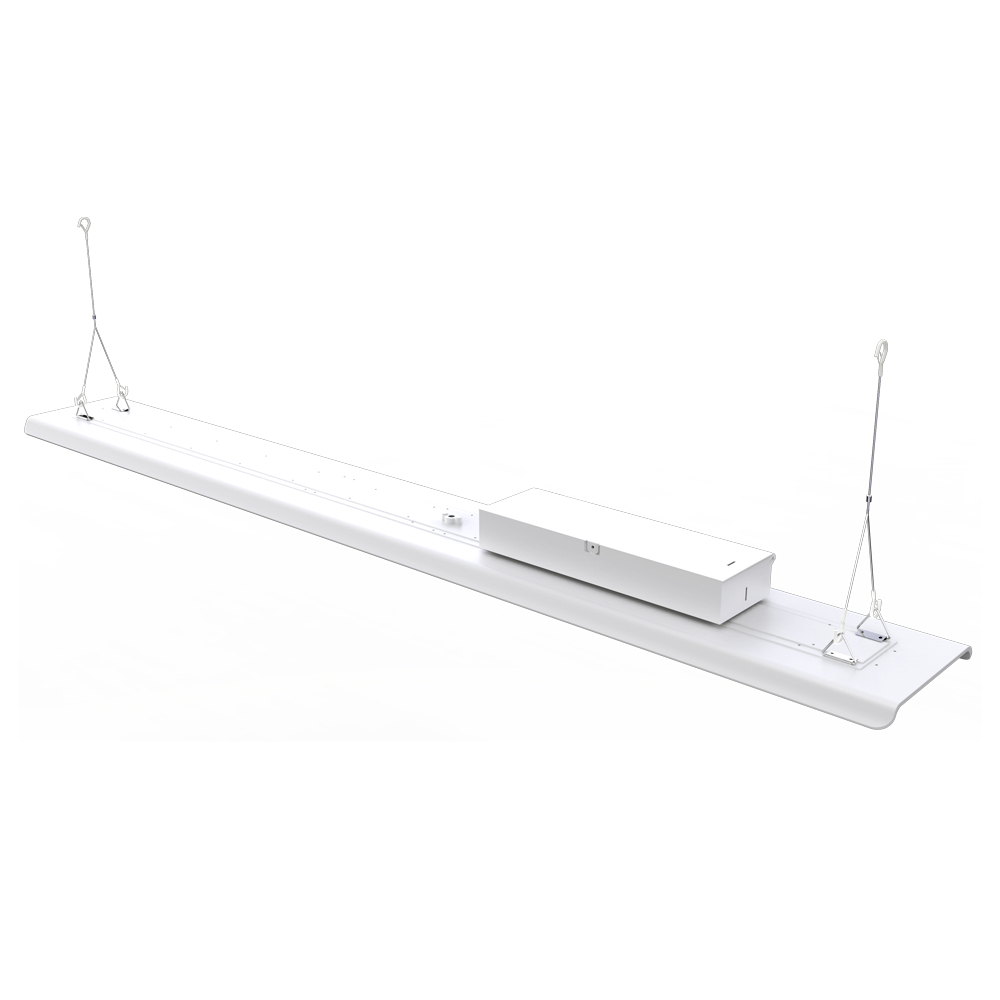 
What are the benefits of LED lights?

Commercial LED lighting has many benefits over traditional lighting options. LEDs are much more energy-efficient, which can lead to significant savings on your monthly energy bill. They also emit very little heat, so they don't contribute to the "heat island" effect that is becoming increasingly common in cities. In addition, LEDs have a much longer lifespan than traditional light bulbs, so you won't need to replace them as often. And because they don't contain any toxic materials, LEDs can be safely disposed of without harming the environment. Commercial LED lighting is a great choice for any business looking to reduce its environmental impact.

- LEDs last much longer than metal halide bulbs, with a lifespan of 50,000 hours or more.
- They are more energy-efficient, using up to 75% less electricity than metal halide bulbs.
- LEDs produce little heat, so they don't require extra cooling costs.
- They turn on instantly, so there's no need to wait for them to warm up.

What are the cons of LED lights?

LEDs are a newer technology, and they have many benefits over traditional light bulbs. However, there are also some drawbacks to using LEDs. One of the biggest problems is that LEDs can be very expensive. While the initial cost may be high, LEDs will save you money in the long run because they use less energy and last longer than other types of light bulbs. Another downside to LEDs is that they can produce a harsh, bright light. This can be a problem in areas where you want a softer light, such as in a living room or bedroom. Finally, LEDs cannot be used with dimmer switches.

- They are more expensive upfront.
- They typically produce a cooler color temperature than metal halides.

What are the benefits of metal halide lights?

Metal halide lamps are a type of high-intensity discharge (HID) lamp that is often used for indoor gardening and commercial agricultural applications. Metal halide lights are very efficient, generating more light per watt of electricity than other types of HID lights. They also produce a wide range of colors, making them ideal for growing different types of plants. In addition, metal halide lights have a long lifespan, typically lasting between 10,000 and 20,000 hours. This makes them a cost-effective option for growers who need to provide their plants with a consistent light source. While metal halide lights do have some drawbacks, such as the fact that they require frequent bulb changes, their benefits make them an excellent choice for many growers.

- Metal halide bulbs produce a very high-quality light.
- They have a shorter lifespan than LEDs but still last several years with proper maintenance.
- They are less expensive upfront than LEDs.
- They emit a warmer color temperature that some people prefer.

What are the cons of metal halide lights?

- They require a long warm-up period before they reach full brightness.
- They have a relatively short lifespan compared to LEDs.
- They are not as energy efficient as LED lights.

When it comes to comparing metal halide lumens and LED lumens, there are a few key factors to consider. Metal halide bulbs typically produce around 15,000 lumens, while LED bulbs can produce around 20-30,000 lumens. So, if you are looking for the most efficient option, LED is the way to go.

The lifespan of metal halide bulbs and LED lights

When it comes to comparing metal halide lumens and LED lumens, there are a few key factors to consider. Metal halide bulbs typically produce around 15,000 lumens, while LED bulbs can produce around 20-30,000 lumens. So, if you are looking for the most efficient option, LED is the way to go.

How much money do you save by switching to LED lights?

LED lights are the future of business lighting and should be considered for your next upgrade. Not only do they save businesses energy and money in the long run, but they also provide a better quality of light that is good for employees’ health. If you’re ready to make the switch to LED, contact us today for a free consultation. We would be happy to help you choose the perfect LED lighting system for your needs.

The industry-leading best practices and constant innovation of National LED has successfully completed thousands upon thousand installations across the country in multiple major cities. We take a value first approach, providing high performance state -of our art lighting solutions for all clients with savings analysis on site surveys along w/ rebate management; we don't just offer these services but also advice about how to improve your overall profits through energy efficiency improvements! 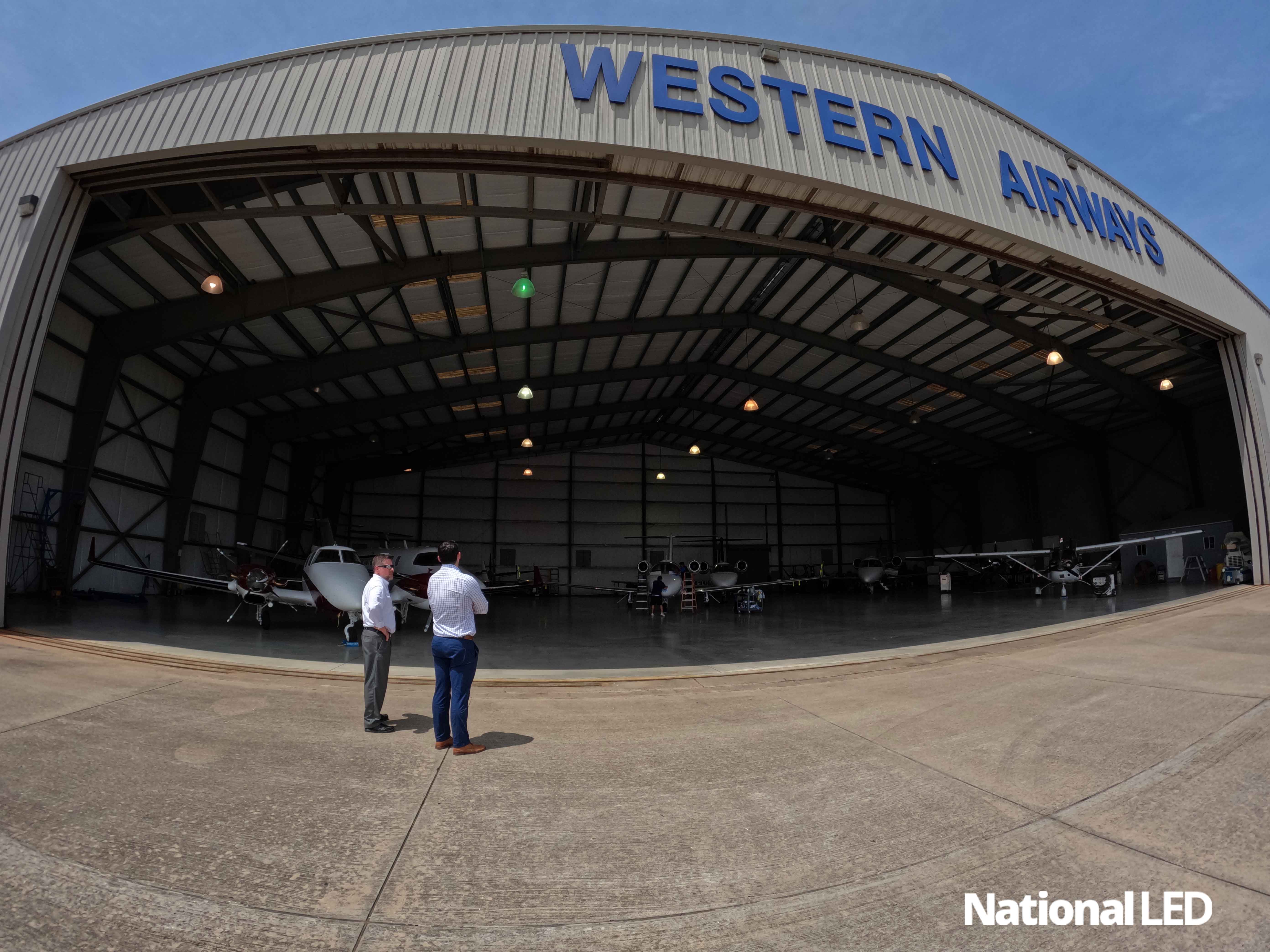 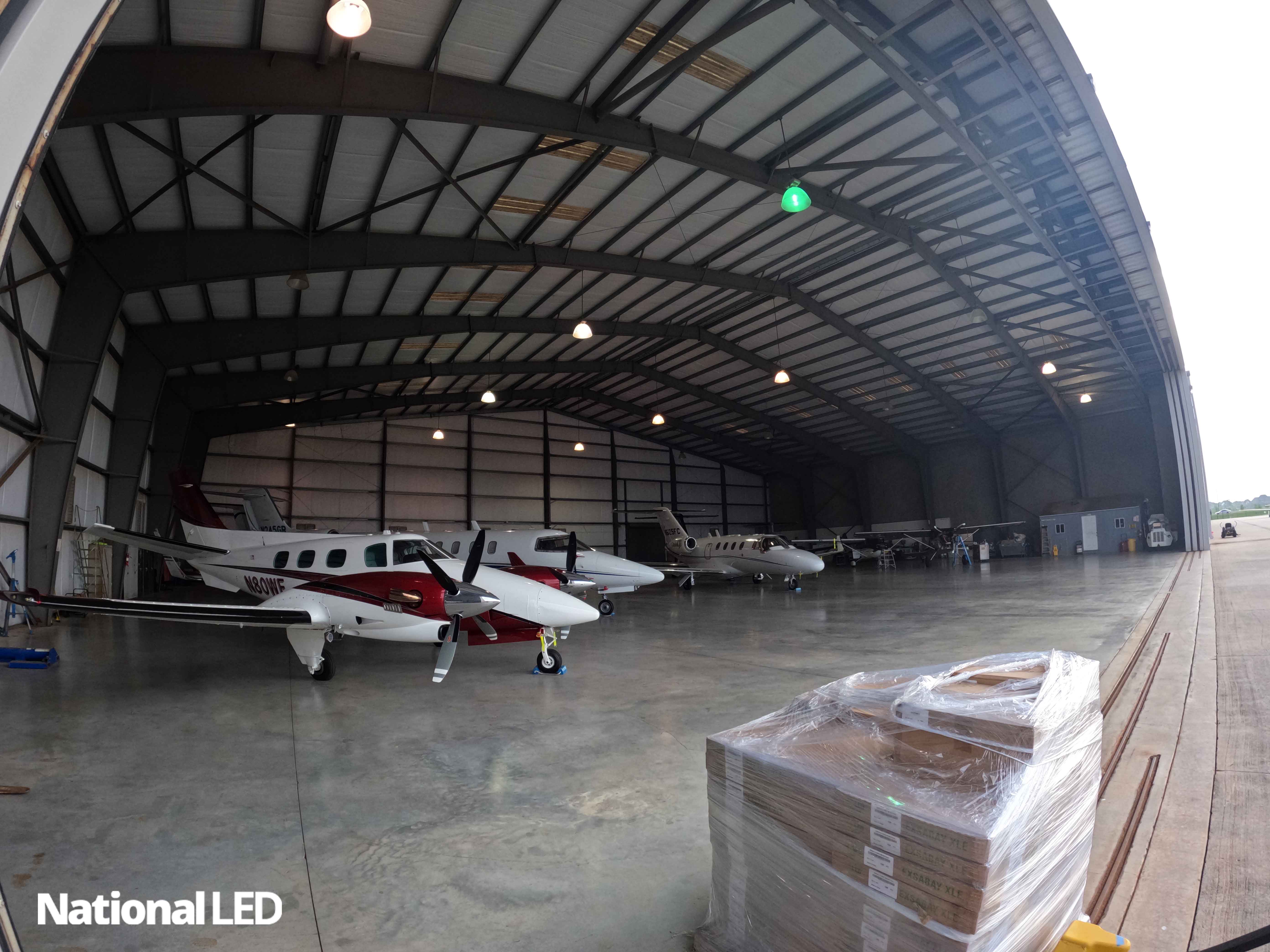 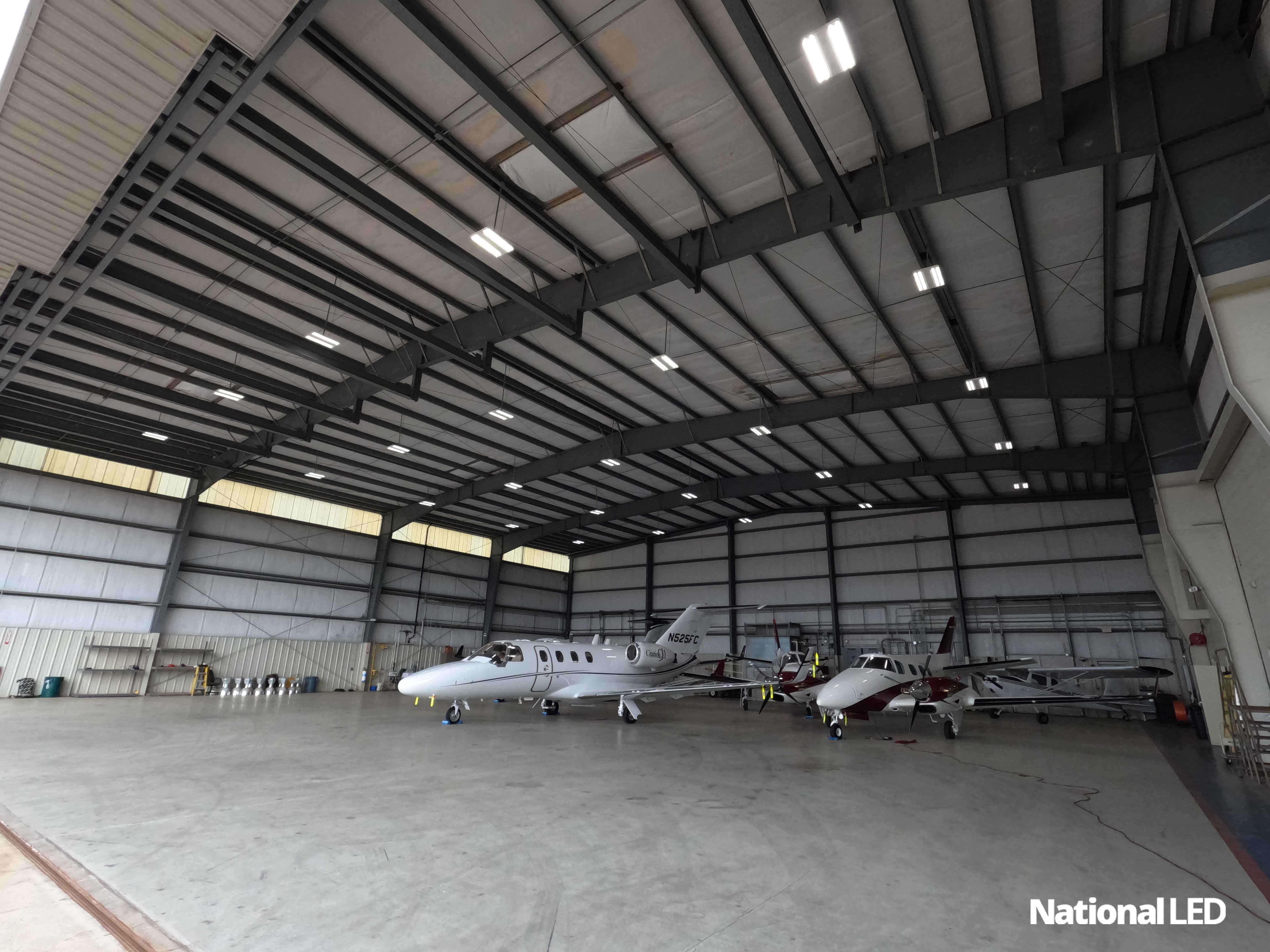 National LED is focused on being a leader in the LED industry by having the longest lifetime products with the strongest warranty.