Is it Finally Time to Upgrade Those Old Conventional Warehouse High Bay Lights to LED? 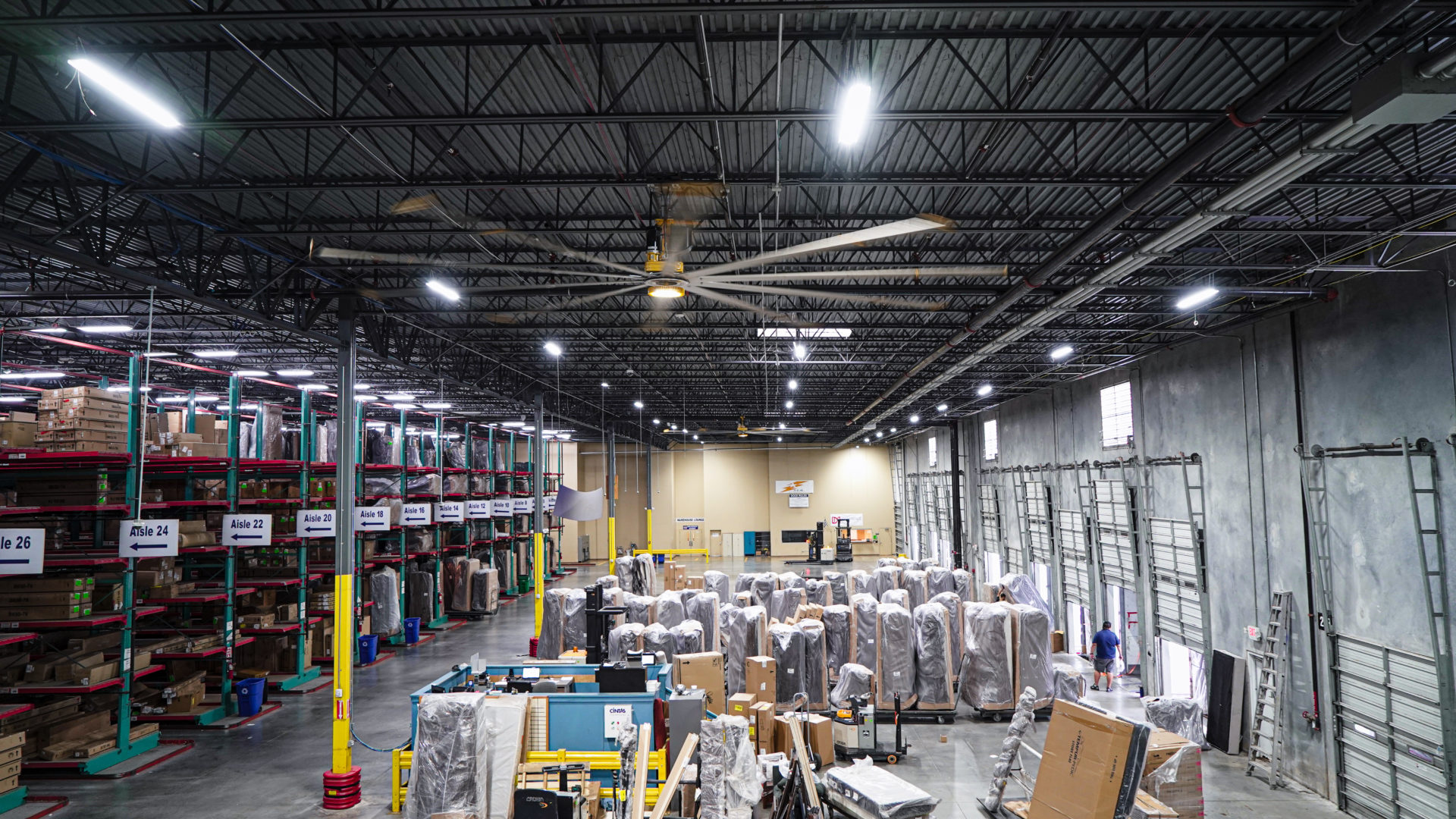 At National LED, the premiere Texas LED lighting company, we specialize in industrial and commercial LED lighting. We manufacture our commercial led lights here in Houston, TX at our 60,000 S.F. facility, where we also maintain a large inventory of LED warehouse lighting and LED commercial lighting. National LED not only manufactures the highest quality Industrial LED fixtures on the market, we also provide led lighting installation services by highly qualified industrial lighting installers. Call National LED today to schedule a complimentary lighting consultation, in which we will meet you at your commercial facility, assess the condition of your current conventional lighting system, complete a photometric analysis, and propose a cost effective LED upgrade, if warranted.

In the meantime, here is a brief history of man-made warehouse lighting followed by some things to consider when deciding if it is time for your conventional industrial lights to be upgraded.

Warehouses have been in use since the Roman Empire, and have seen various types of lighting technology come and go in that time. Until the Industrial Revolution, lighting technology consisted of improvements on the combustible torch. Beginning with the invention of a commercially practical electric bulb by Edison in 1879, improvements in lighting have progressed at a much faster rate, yet a practical LED Light was not produced until 1989.

National LED lights have been in production since 2001 and yet several conventional lighting products are still used in warehouse and industrial settings where high bay lights are required. Some of the most common include metal halide (MH), high pressure sodium (HPS), and fluorescent lights. Each of these lamp types represented improvement over prior incandescent lights, but industrial LED lighting easily outperforms its conventional counterparts in important ways. Let’s take a look at some of the various considerations when deciding whether an LED retrofit is appropriate for your warehouse or industrial space.

You might be saying that your conventional warehouse lights are not that old and seem to be serviceable, so you have no need for lighting retrofit services right now. However, there is no cost for you to have the lighting experts from National LED visit your facility, show you samples of our LED high bay lights, and prepare a proposal for upgrading your lights including the photometric analysis and a detailed ROI report. With the Return On Investment, upgrading your industrial lights and warehouse lights may be less expensive than you think.